Danish State Railways (DSB) and the S-train commuter rail system
DSB is the largest train operating company both in Denmark, and the whole of Scandinavia. Founded in 1885 following the merger of two government-owned companies to form the Danish State Railways (Danske Statsbaner – ‘DSB’), the company became an independent public corporation in January 1999, and today operates under the auspices of the Danish Ministry of Transport and Energy. DSB employs a staff of 9,200, and reported a turnover of €657.9 million for the fi rst half of 2009, with profit before tax of €24.9 million.

Responsible for passenger train services over most of Denmark’s railway network, and across international borders, DSB’s remit includes the ‘S-train’ commuter rail system. S-train serves the Danish capital, Copenhagen, and its greater metropolitan areas, carrying some 360,000 passengers each day and forming the heart of the city’s public transportation infrastructure.

Most importantly, DSB wanted a state-of-the-art digital radio solution to replace its aging analogue network, which was increasingly unreliable and costly to maintain. However, the company did not want to procure its own equipment, since there are future plans to migrate all railways in Denmark to a single communications system. A fully-managed radio service therefore offered the most cost-effective solution.

DBK is currently rolling out a nationwide network, known as ‘SINE’, for emergency and public safety agencies across the country. Also licensed for civil applications, DBK had already established a commercial TETRA network in the greater Copenhagen area to serve Movia, the City’s municipal transport authority. Based on Motorola’s IP Dimetra infrastructure, the DBK network comprises approximately 50 base stations and a central switch, providing instant and reliable two-way radio communication for the smooth operation of Movia’s transportation routes.

“Our main priority was to deploy a reliable system that could serve all users with private and group calls, whilst ensuring high priority in the event of emergencies. We also needed mobile connectivity to S-train’s servers, databases and the Internet,” states Brian Andersen, Project Manager at DSB. “The system put forward by Motorola met all of our operational requirements, whilst our staff thought that Motorola’s portable radios were a good choice in terms of their design, functionality and build quality.”

Rollout commenced in May 2006, was completed in a week, and switchover to the new system was almost simultaneous. “We were able to deploy 400 radios immediately, followed by a further 200 commissioned at a later date to ensure a secure transition,” Brian continues. The service is configured for trunk-mode operation only, whilst there is full coverage throughout all of the train sets, buildings and tunnels. The system uses DBK’s network infrastructure and operates as a standalone network under a VPN (virtual private network)configuration.

Training to familiarise S-train staff with the portable radios was provided by Motorola. Locomotive drivers were issued with specially-written guides to ease the operational impact of the switchover. “Motorola has been excellent in its delivery and support. Everything is working as it should and if there is an issue, it is addressed immediately.”

Unified radio communication ensures efficiency, reliability and security
S-train has five operations rooms equipped with dispatch consoles, plus a central management office located at Copenhagen’s main railway station from which all S-train services and personnel are now coordinated via TETRA.

S-train is able to monitor all radio communications, receive and transmit status updates between users, and track their locations via GPS.

“We can make one-to-one, group and emergency calls, and still have other talk groups available for our every-day needs. We can also communicate with members of the local Fire Service who have been issued with some of our TETRA radios,” says Brian.

Station managers are able to provide accurate information regarding train arrivals and departures, whilst ticket inspectors use the TETRA radio’s WAP browser to query the database of the Danish Social Security Office to verify the identity of passengers when necessary. WAP also allows S-train personnel to log their working hours with the DBS time & attendance database. And with GPS data transmitted to dispatchers, S-train is able to deploy personnel more efficiently – and rapidly – when required.

“Because of GPS, staff know they are safe with these radios, plus the fact that emergency calls get a high priority on the network. This is very important to us, and it is a strong benefit for the organisation as a whole.” 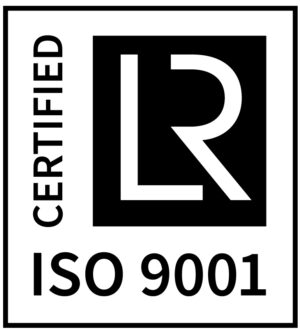